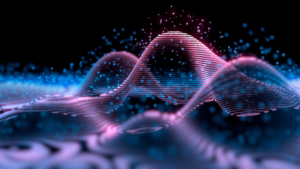 Quantum science examines the universe on the smallest possible scale to explain nature from the bottom up. However, investigating light, matter and their interactions at the quantum scale is not a simple task.

Zooming in on the universe reveals a strange and often confounding reality at odds with the lived experiences humans observe at the macroscopic scale. However, scientists increasingly can not only study the quantum world but are able to control it. And as we learn how to control quantum effects, we can make them useful.

Quantum technology, the practical application of quantum science, is already present in our daily lives.

While these examples show quantum technology already at work, most of the buzz around the topic comes from the future possibilities and what they mean for society.

If you dig deep enough, everything becomes a quantum system. Famous physicist and science communicator Richard Feynman once said:

“Nature isn’t classical…if you want to make a simulation of nature, you’d better make it quantum mechanical, and by golly it’s a wonderful problem, because it doesn’t look so easy.”

The wonderful quantum problem, Feynman described, holds the key to many future technologies. From designing new materials and ultra-secure communications, to next-generation sensors and advanced imaging techniques, quantum technologies have the potential to transform multiple fields. Perhaps none more so than computing.

These ingeniously designed quantum systems can take the value 0, 1, or a superposition of the two states. By leveraging quantum science, including superposition and entanglement, it is possible to create machines that exponentially scale in performance as the number of qubits increases, drastically improving computation power.

While there is much work to do and the challenges of creating sufficiently stable, error corrected qubits and circuits are vast, quantum computers are being built today.

When atoms bond together and form a complex molecule, it is extremely difficult to predict the properties it will have.

While classical computers lack the necessary power, a quantum computer based on the properties governing matter on the atomic scale could allow for the simulation of new materials. Quantum computers have the potential to accurately predict the properties of different designs and shine a light on material types that deserve extra investigation.

These new material designs could offer dramatically improved performance in many fields, including:

Drug development is another area where scientists need help considering potential candidates for investigation. There are countless possible drugs pharmaceutical companies could design and test. But drug development is a long and intensive process. Quantum computers have the potential to streamline how we sort, test, eliminate and select candidates for rigorous study in the lab.

For example, the coronavirus now has a highly studied structure. Can new drugs be designed using quantum computers to attack this on a molecular level?

The future of quantum technology

While the full potential of quantum science and technology is yet to be realized, companies worldwide are starting to consider how the new paradigm may disrupt their industries. One of the most exciting parts of quantum technologies is that the use cases are still not fully understood. The field is still evolving and putting the technology into the hands of researchers and innovators around the world will aid exploration, discovery and ultimately novel applications and benefits.

Throughout history, technologies designed for one purpose have been embraced by entirely different industries for unforeseen applications. It will be exciting to see how quantum technology impacts our world in the years to come.

Manage Cookie Consent
To provide the best experiences, we use technologies like cookies to store and/or access device information. Consenting to these technologies will allow us to process data such as browsing behavior or unique IDs on this site. Not consenting or withdrawing consent, may adversely affect certain features and functions.
Manage options Manage services Manage vendors Read more about these purposes
View preferences
{title} {title} {title}